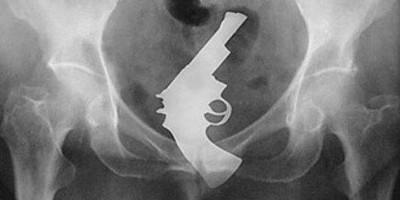 WTF?! A man booked into jail for public intoxication had a stolen gun hidden in a certain body cavity. Police noticed that the defendant was acting like an asshole and walking “strangely” upon arrival at the county jail. So they put two and two together and found the gun in cavity number 2, 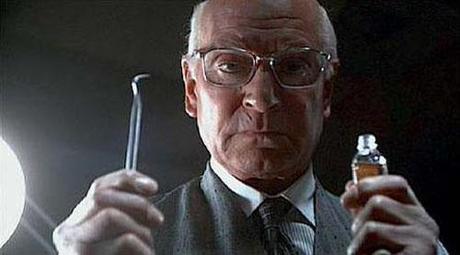 #WTF?! Did he keep pliers by the bed when he pulled out her teeth? Or is that what he calls his Johnson? A New Zealand man has been found guilty of six charges stemming from accusations he pulled out his lovers’ teeth with a pair of pliers during sex.

And I Don't Mean The Stork

What two things can get a woman pregnant when they're in the air?

A man walks into a bar and asks for rum and coke. The bartender hands him an apple. The man, surprised, takes a bite of the apple and it tastes just like rum.

The bartender says, "Turn it around!" The man takes a bite and says, "Wow, and that's coke!"

A third man comes into the bar and the other two guys excitedly tell him about the apples, "You can order anything you want and the bartender will give you an apple that tastes just like it!"

The new guy, not believing a word, says, "Oh yeah? Give me an apple that tastes like pussy." The bartender hands him an apple and the man takes a bite. He immediately spits it out and yells, "That tastes like shit!"

The bartender says, "Turn it around."