After Begging on All Fours Like a Dog, Man Arrested for Looking Up Skirts 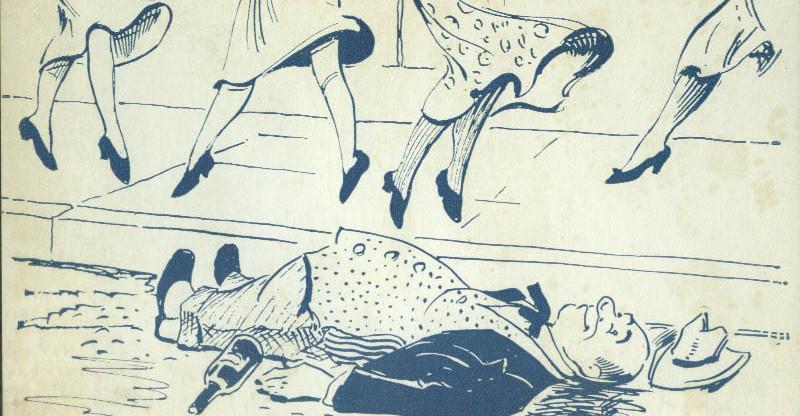 #WTF?! Pretending to beg on all fours like a dog and then looking up the skirts of women walking by is the bizarre behavior that Nashville police report got a man arrested. This all took place outside a bar, so let's add drunk to the story and now it all makes sense.

According to Fox 17, officers arrested Mark Lutz, 55, after they were called about a strange man “bothering people and attempting to look up ladies skirts” outside a local Tin Roof tavern.

Security personnel at the bar said they warned Lutz that his behavior outside the establishment was a disruption and they chased him away several times for being physically offensive to female patrons and passersby. The management of the bar eventually called police when the disruptive behavior persisted.

The suspect had run off ahead of the arrival of police but officers later found Lutz several blocks away after calls about a man “exhibiting strange behavior” were made.

In a police report, officers said they encountered Lutz at the intersection of 4th Avenue and Broadway, “on his knees begging like a dog crawling around and attempting to look up ladies skirts.”

The man was arrested and charged with Disorderly Conduct and Public Intoxication.

There is no word if illegal drugs played a part in Lutz’s behavior, but it isn’t the first time someone has gotten his canine on in public.

Not long ago, a Texan named Terrence Loyd, 32, was arrested in Mansfield, Louisiana, for acting like a dog while high. The suspect later pleaded guilty to possession of illegal drugs and went to jail.

Without alcohol or drugs, Pittsburgh resident Gary Matthews insists that he is really a dog named “Boomer” and insists he wants to be accepted for his doggy lifestyle. Which bathroom “Boomer” would use at Target is not known.

Saturday morning I got up early, quietly dressed, made my lunch, grabbed the dog, and slipped quietly into the garage. I hooked up the boat to the truck, and proceeded to back out into a Torrential downpour.

The wind was blowing 50 mph, so I pulled back into the garage, turned on the radio, and discovered that the weather would be bad all day.

I went back into the house, quietly undressed, and slipped back into bed. I cuddled up to my wife's back, now with a different anticipation, and whispered, "The weather out there is terrible."

My loving wife of 10 years replied, "Can you believe my idiot husband Is out fishing in that?"

The white parts are the best.

Who Took My Pen!

A nurse walks in and says, "Doc, what are you doing?"

He says, "I'm writing a prescription."

She says, "But you're holding your thermometer."

He says, "Jesus Christ, some asshole has my pen."