Teenager Arrested For Taking Selfies During Sex With Dog 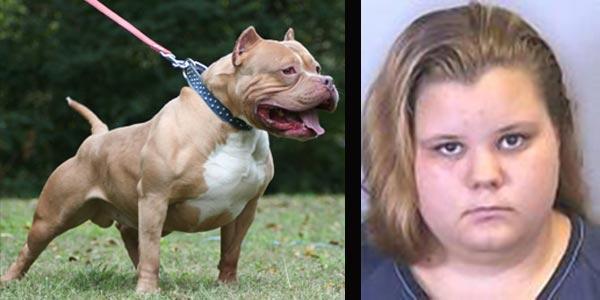 #WTF?! A woman admitted to taking selfies as she had sex with her pit bull at her grandmother’s house, police said. Here we go again... Another doggie style story with a million possibilities for jokes that tell themselves.

She's from Florida, so no one is surprised!

The 18-year-old coaxed her dog, 2-face, into licking her vagina between 30 and 40 times over the past five years, she told police according to documents obtained by the Smoking Gun.

She also admitted to making her previous dog, a pit bull Rottweiler mix named Scarface, perform oral sex on her, too.

Miller told cops that 2-face lives at her grandmother’s house in Bradenton. Each time she wanted to have sex with the dog, she’d lock herself in a bedroom, take off her pants and call 2-face over.

The pup would “put her snout into her vagina on her own” without Miller forcing her into the act, the teen claimed. Miller said that’s where the sex ended: she never touched 2-face sexually, she said.

One of her family members was always inside the house, Miller said, but they were unaware of what was happening in the bedroom.

While the sex had been going on for at least five years, less than 10 of the acts happened after Miller turned 18 in February, she said.

2-face showed no signs of injury when a vet checked her out. Miller is scheduled for arraignment July (2015.)

I Hereby Sentence You

A husband gets home from his day in court on a traffic offense and his wife asks: "So, how did it go?"

The husband replies: "Well honey, I ended up in front of Judge Calloway, you remember, the judge who married us. Turns out he remembered me too... so I pleaded 'guilty with explanation' and he only gave me a small fine. That was way better than the last time, when you and I were in there together. That time he gave me life without the possibility of parole."

That's One Way to Get Nothing Done

Put 50 lesbians and 50 politicians in a room together... what do you have?

A priest gets a flat tire fixed.

As the car's coming down on the lift, the priest says to the mechanic, "Are the lug nuts tight?"

The mechanic says, "Tight as a nun's cunt."

The priest says, "You better give them another turn."