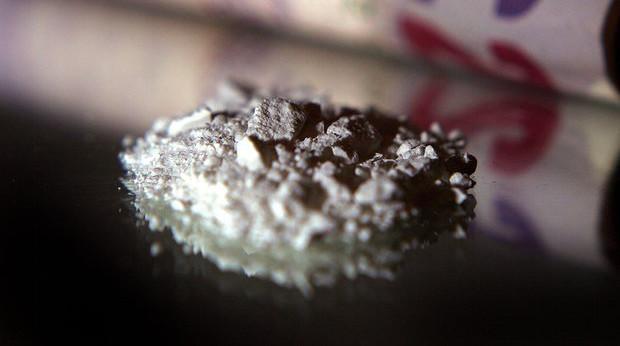 #WTF?! A Honduran woman carrying 3 pounds of liquid cocaine in breast implants arrested at the airport in Colombia’s capital. Imagine doing the motor-boat on that babe!

Paola Deyanira Sabillon, 22, had been attempting to travel to Spain when her apparent nervousness aroused suspicion in the security line, Colonel Diego Rosero of the airport police told journalists.

X-rays revealed a recent surgery on Sabillon’s breasts and she confessed that an unknown substance had been implanted that she was meant to take to Barcelona, police added.

Authorities said a preliminary investigation showed the surgery took place at a clandestine clinic in the city of Pereira, western Colombia.

The implants were removed at a Bogota hospital where Sabillon was also being treated for an infection.

About 300 tonnes of cocaine are produced per year in Colombia, long a hub for drug production and trafficking.

A teacher is teaching a class and she sees that Little Johnny isn't paying attention, so she asks him, "If there are three ducks sitting on a fence, and you shoot one, how many are left?"

Litle Johnny says, "None." The teacher asks, "Why?" Little Johnny tells her, "Because the shot scared them all off."

The teacher says, "No, the answer is two, but I like how you're thinking."

Little Johnny says, "No, the one with the wedding ring, but I like how you're thinking!"

That Discussion With Your Kid

Two guys were talkin' at the bar. The first one told his buddy: "My daughter has reached that age where she is asking embarrassing questions about sex. Just this morning she asked, 'Is that the best you can do?'"

What do you get when you cross a whore with a systems engineer?