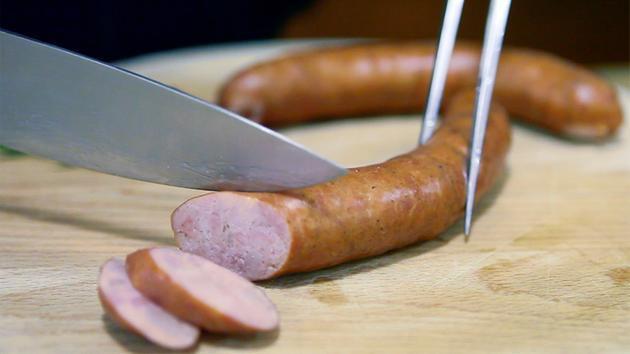 Joseph Bacon, 19, of Madison, New Jersey was arrested as reported by The Star-Ledger. Police were called to the home for a reported dispute in progress. When officers arrived, they say Bacon had assaulted another person at the home for eating the last piece of sausage.

Bacon was arrested and charged with simple assault. No more sausage for Bacon. Looks like he'll be dining on bread and water for a while.

The victim's identity was not released. Police say the victim did not suffer any injuries. At least not to his sausage!

Keep one around long enough and you're going to want to shoot it.

The teacher asked the class: "What's the capital of Wisconsin?"

The blonde raised her hand and answered: "W"

A man goes to a fancy costume party wearing only a glass jar on his dick. A woman asks, "So what are you?" He tells her, "I'm a fireman." "But you're only wearing a glass jar" she replies.

"Exactly! In an emergency, break glass, pull knob, and I'll come as fast as I can!"