Montana man arrested after ‘liking’ his wanted poster on Facebook 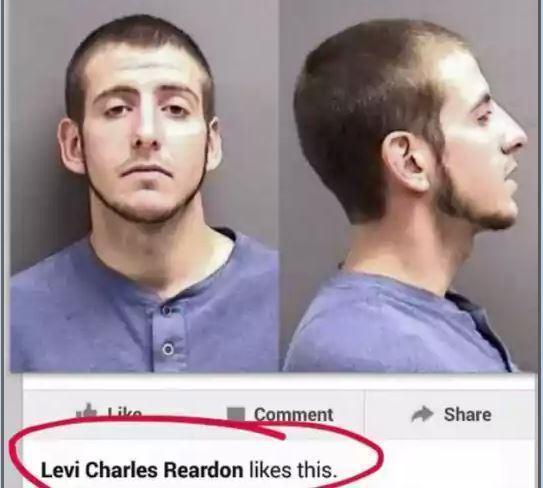 #WTF?! A Montana man was arrested after he “liked” his own wanted poster on a Facebook crimestopper page. This is of course another example of how effective the Crimestoppers Facebook page is in catching idiots.

Levi Charles Reardon initially “liked” his photo on the Cascade County Crimestoppers Facebook page. Luckily, the Great Falls Tribune managed to capture a screenshot before Reardon revoked the like.

He was arrested last week without incident.

Reardon, 23, was featured as one of Cascade County’s most wanted suspects in April. He has been accused of felony forgery after he allegedly stole a wallet and cashed forged checks.

He made his initial court appearance earlier this week.

I Always Wonder Why

It was our anniversary and I was reminiscing with my wife. She asked if I could remember way back when.

And that's when the fight started.

Time To Do Some Lawn Work

What's the best part of gardening?

Getting down and dirty with my hoes.

What is the cheapest meat?

Deer balls, they're under a buck.