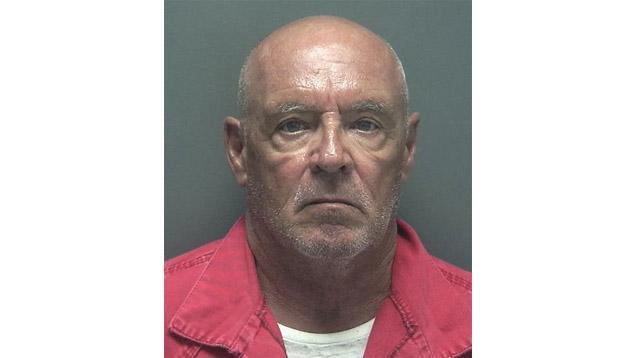 #WTF?! A pretend cop who pulled over two real detectives, landed himself in actual jail. Really! This Florida man was given a valuable lesson in the importance of being yourself.

According to the Lee County Sheriff's Office, John Arthur Benedict, 69, was driving a white Crown Victoria bearing a "police interceptor" emblem when he began tailing an unmarked police SUV he later claimed he saw speeding. From WBBH-TV:

[The detectives] thought it was law enforcement, according to the report, which says the Crown Victoria followed them closely and then activated lights.

"[Detective] W. Lusk who was driving pulled into the right hand lane to stop for the law enforcement officer," the report notes.

But as the detective pulled over he noticed the vehicle was actually not law enforcement and it continued to drive east into a supermarket parking lot.

The detective followed the vehicle into the parking lot and made contact with Benedict - asking him if he was law enforcement, according to the redacted report that doesn't say how Benedict may have responded to them.
Realizing he was not, in fact, a police officer, but a 69-year-old man playing cops and robbers (who also happen to be cops), the detectives then detained Benedict for being a total poser.

Benedict now faces charges of impersonating a police officer and unlawful use of police insignia, surely qualifying him for a reserve deputy position at the Tulsa County Sheriff's Office.

When her car conks out the old lady pushes it into a gas station. Soon the mechanic has it purring like a kitten.
The old gal asks: "What's up?"
He tells her: "Crap in the carburetor."
She says: "How often do I have to do that?"

A Case Of Beer

I told her the beer would make her look way better at night than any jar of cold cream.

Little Johnny's dad was sitting on the edge of the bed rolling on a condom about to give some to the old lady. Little Johnny sticks his head in the door, sees his dad and says, "Whatcha doin' Daddy?" Johnny's dad stoops over to cover up his dick and starts looking around at the floor. "Oh, I'm just looking for this big rat I saw." he tells the kid.