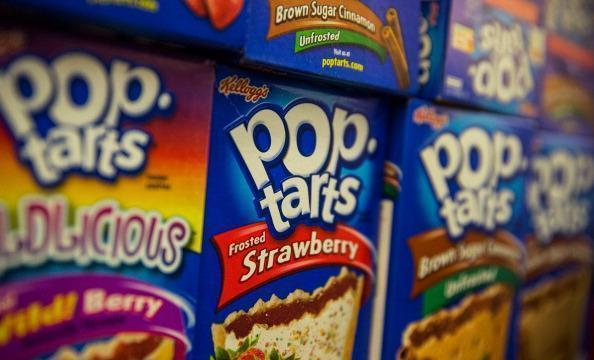 #WTF?! SC couple has been arrested for banishing their daughter to the woods for eating a Pop-Tart. Their main offense? Failing to provide her with breadcrumbs to leave a trail home.

Crystal Lynn Driggers, 36, and James Allen Driggers, 33, were arrested Friday and each charged with a single count of unlawful neglect of a child, according to the Wausau Daily Herald. According to the Sumter County Sheriff's Department, the couple’s 14-year-old daughter was forced to live in a tent in the woods a quarter-mile from her home in Sumter.

The parents provided her with a roll of toilet paper, a flashlight, a whistle and a watch. If the girl wanted food, she was to meet someone at a fence on the family property at specific times during the day. She also was not allowed to enter the house between 8 a.m. and 6 p.m.

When police found the girl on Friday night, she had been living in the tent for two days, and was expected to remain there for the remainder of the week, police said. On Thursday, she had been forced to fend for herself during severe thunderstorms.

Both suspects are awaiting a bond hearing and are being held at the Sumter-Lee Regional Detention Center. The child is currently in the custody of the Department of Social Services.

Why were there only two pallbearers at the homeless guy's funeral?

There are only two handles on a garbage can.

What do you say to a woman who won't suck your dick?

Why does the bar association forbid lawyers & clients from having sex?

To prevent them from billing twice for essentially the same service.