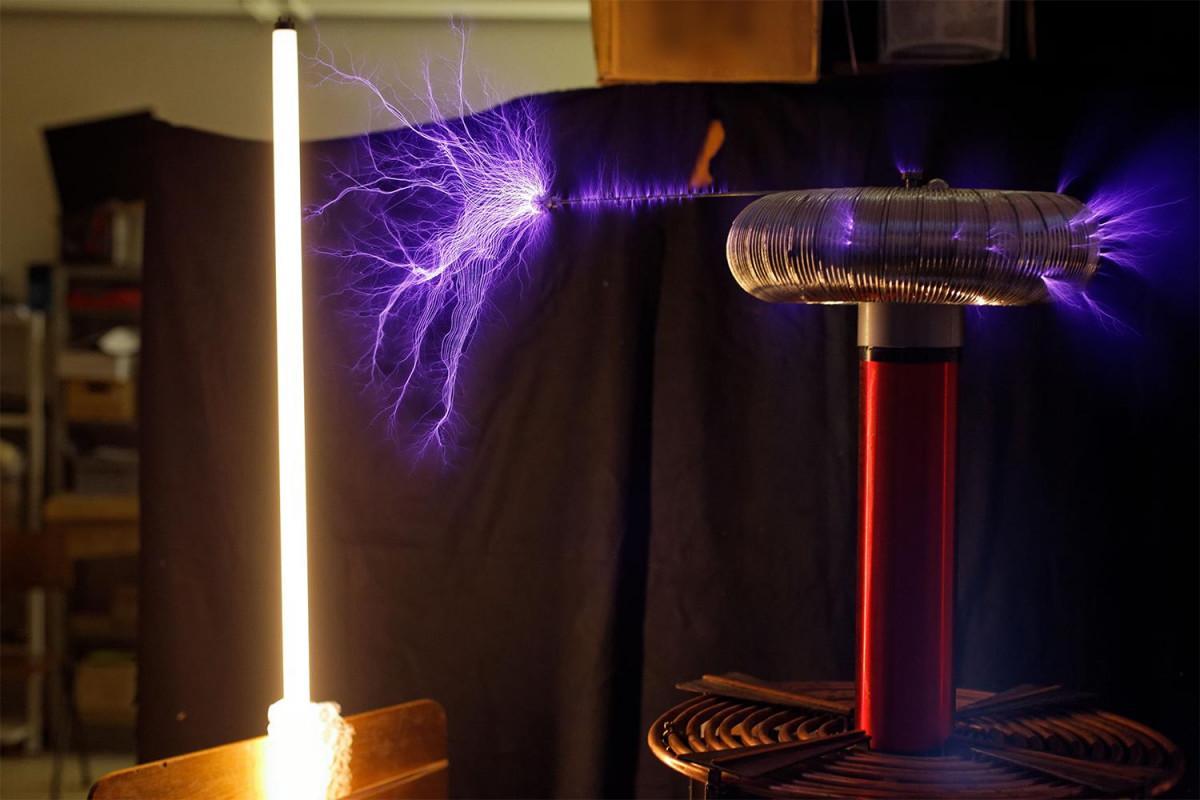 #WTF?! Branding students with a Tesla coil in the name of science is the new math & it doesn't add up. An Oregon science teacher found himself in a shocking situation when the local police announced they were launching an investigation into his questionable teaching methods. Nothing makes a more enthralling high school science class than playing with Tesla coils.

This particular class, however, got a little too charged, and teacher Samuel Dufner was placed under arrest at South Salem high school for burning his students with one of the coils.

Dufner used a Tesla coil to burn the phrase “I [heart] mom” into his students arms, reports local station Q13 Fox. Lt. Steve Birr explained in statement that Dufner was using the Tesla coils during a class exercise last week. We don’t know what Dufner was thinking, but he did tell his students that the high voltage tool could be used to mark skin and asked for volunteers from his class. According to Lt. Birr the marks have since faded and no student was physically harmed in the process, but nevertheless, the Salem-Keizer School District has placed Dufner on leave.

Marion County Deputy District Attorney Doug Hanson said Wednesday that there is no plan to file charges against Dufner “for now.” The investigation will be seen through, and proper course will be taken upon its conclusion. It is doubtful that the 37-year-old Dufner will find himself on the lecture circuit any time soon, and it’s unclear whether he will lose his job. It is currently unknown how the police came to hear of this incident, but it seems likely that a student may have reported the incident.

No statement has yet been made available from any students, parents, school officials, or Dufner himself. It is likely the school district will face a battery of questions, such as has this happened before? School curriculum is often repeated year to year, so it’s certainly a possibility.

Do You Not Have Any Shame?

So I went to the doctor for a physical and he told me I should stop jerking off. I asked him why should I stop?

He told me: "Because you're at a physical."

She Doesn't Give A F*ck!

What do you get when cross an attorney with a feminist?

A lawyer who won't fuck you.