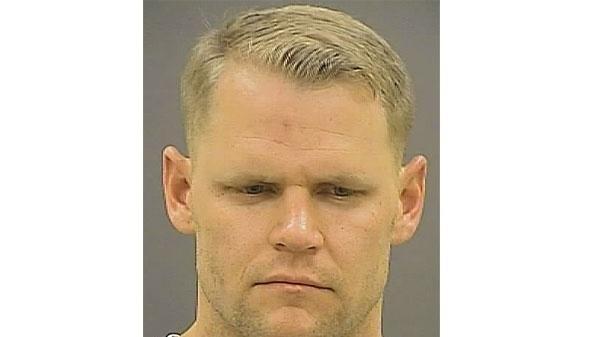 #WTF?! This story really bites... and we have the balls to publish it! So how did this actually happen? An Anne Arundel County police officer faces an assault charge after he bit another man's testicles in a fight over a woman on Cinco de Mayo, according to charging documents released by police Wednesday.

Baltimore City police officers were called in the area of the 700 block of South Linwood and 2900 block of O'Donnell Street for an assault call around 11:47 p.m. Tuesday.

According to charging documents, a man told police he was assaulted by two men, one of whom bit his testicles in the alley behind Looney's Pub in the 2900 block of O'Donnell Street.

A woman approached the responding officers to tell them she witnessed the fight, according to charging documents. Police said she gave description of the attacker who was wearing a blue and white polo shirt and cargo shorts. She told the police she waited at the front door of the Claddaugh Pub at 2918 O'Donnell St. for police arrive as she had seen the attacker walk in there, according to charging documents.

"The bitee actually got the better of him in the fist fight. After we broke them up is when he disclosed he'd been bitten in the testicles," witness Thomas Bourne said.

Bourne was one of a number of people who tried to break up the fight.

"He was upset, took him a long time to calm down. He indicated he needed medical assistance. He was bleeding in his area after what happened," Bourne said.

According to the charging documents, police said Michael Flaig, 31, was found on the second floor of the bar with blood stains on his shirt and appeared inebriated.

Flaig identified himself as an Anne Arundel County police officer and after he was identified as one of the attackers, was placed under arrest, according to charging documents.

Police learned that Flaig and another man jumped the victim outside the bar after the victim confronted Flaig about his touching his friend and roommate -- a woman.

The victim told police that during the altercation Flaig bit his testicle and ran off.

Police said they were unable to find the second man involved in the attack.

Flaig is being charged with second-degree assault and public intoxication.

Anne Arundel County police and Baltimore Police Department Internal Affairs were notified of the incident, according to charging documents.

Why Is It St. Valentines Day?

Guy visits his doctor with a problem "Doc, I don't know what to do about my wife. Every night, she goes to Harry's Bar and picks up men. She's fucking everybody in town and it's driving me crazy. What should I do?"

The doctor says, "Take a deep breath, calm down, and then give me the directions to Harry's Bar."

What do you get when you cross a computer with a prostitute?