Man Named ‘God’ Arrested After Attacking Police Officer, Having Sex With a Tree 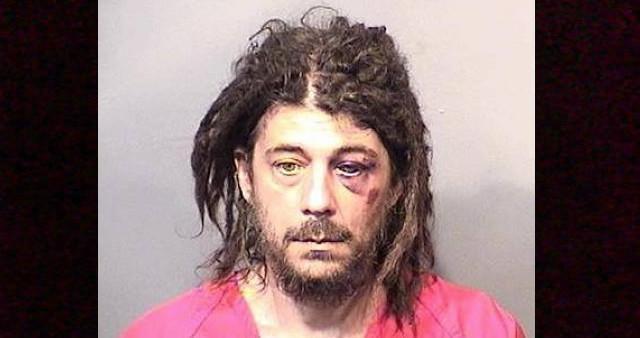 #WTF?! A naked man who believed he was God and had sex with a tree was arrested for attacking a cop. Sex with a tree? Gives new morning to the phrase "morning wood." And apparently there was no law against that!

Police responded to a report alleging a man was running naked through a neighborhood and trying to have sex with a tree the week before last. However, a responding officer found Kenneth Crowder, 41, fully clothed. We'd like to know: Was he smoking a cigarette and did he have a smile on his face!

According to the officer, Crowder aggressively approached him and declared that he was “God.” The officer then tased the man twice, perceiving Crowder as a threat.

Crowder allegedly pulled the probes out of his body and began to attack the officer, punching the man and attempting to stab him with his own badge.

The officer responded by punching Crowder to gain control of the suspect, who told the officer he was now “Thor,” The Miami Herald reported.

“The officer is doing fine. The suspect tried to stab (the officer) with his own badge. He somehow pulled it off his uniform,” spokesman Dan Lynch said on behalf of the Melbourne Police Department.

Police believe Crowder had taken the drug known as “flakka,” a synthetic drug similar to bath salts. Police charged the man with battery on a law enforcement officer among other charges.

Don't Wake Her Up

A little boy asks his dad: "What's the difference between a pussy and a cunt?"

So his father takes him up to the bedroom where mom is sleeping. "Look at this," he says as he lifts the covers carefully. "That's a pussy son."

"It's wonderful dad, can I touch it?"

Where Is The Nearest ATM?

A plumber, an electrician, and an accountant walk into a strip club.

The accountant takes out his ATM card, swipes it in the crack of her ass, reaches over and grabs the sixty bucks.

You Learn Something New Everyday

I was scewing my wife when suddenly I stopped and didn't move. She asked: "What are you doing?"