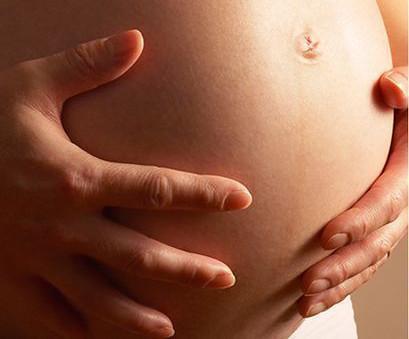 #WTF?! A woman who thought she was pregnant has been left devastated after her 'baby bump' turned out to be an 11lb tumor.

Heartbroken Madalina Neagu, 42, thought she was in labour when she arrived at hospital with severe pain in her abdomen.

But, after carrying out emergency tests, doctors from Botosani County Hospital in Romania were stunned to find a large tumour inside her uterus.

Dr Dorin Scladan, 47, said: "As the woman told us she was pregnant, we initially expected pregnancy complications.

"In fact, the size of her belly was quite similar to that of a nine-month pregnant woman, so we didn't have any reason to doubt what she told us."

Ms Neagu was then transferred to intensive care.

She is expected to make a full recovery.

Dr Scladan added: "We don't often see a tumour of this size and in this location. It was a record tumour for the region in the past 15 years."

Nude In Front Of The Mirror

My wife was standing nude, looking in the bedroom mirror. She wasn't happy with what she saw, so she said: "I feel horrible; I look old, fat and ugly. I really need you to pay me a compliment."

I told her: "Your eyesight's damn near perfect!"

The Morning After Effect

I took this divorced broad I met in a bar back to my place the other night. The next morning I asked her, "Well, how was I?"

She said, "The truth? I wasn't too happy with the size of your organ."

So I told her, "Yeah? Well I didn't know I was going to be playing in a cathedral."

Sign on the whorehouse door: Out to lunch. Beat it.